Dr. Babu Cherian is a writer and researcher.

Babu Cherian was one of the key-resource persons of ‘Kerala Total Literacy Campaign’ phase-I. Now he is the Executive Director of Benjamin Bailey Foundation.

Dr. Babu Cherian is a writer, editor and researcher. 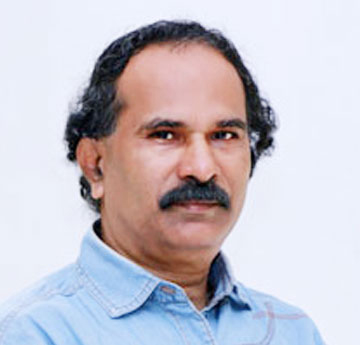 Dr. Babu Cherian is a writer, editor and researcher. He served as associate professor at the Department of Malayalam, CMS College, Kottayam. He was adjudged the best researcher in the Mahatma Gandhi University for his thesis entitled `Benjamin Bailey's Contributions towards Malayalam Language and Literature' which was recognised as the best thesis in Malayalam in all the universities of India. He has a number of works to his credit of which the chief ones are Resa Vicharangal, Benjamin Bailey, Malayala Novel Vimarsham, Jnana-nikshepam Padanavum Paadavum, Benjamin Baileyum Malayala Sahityavum, Towards Modernity: Story of the first college in India and Cherupaithangalkka Upakarartham Emklishil ninna Paribhashappeduthiya Kathakal. He was honoured with the `Suvarna Kairali award' instituted by the Mahatma Gandhi University and also the prestigious `Thayattu award' (2002) . He serves as the Executive Director of the Benjamin Bailey Foundation and as the Chief Editor of the `Malayalam Research Journal' which has made its mark in academic circles.

There are many variations of passages of Lorem Ipsum available, but the majority have suffered
alteration, by injected humour, or new randomised words which don’t look believable.

We received your message and you'll hear from us soon. Thank You!